Apart from new functions, there are sever 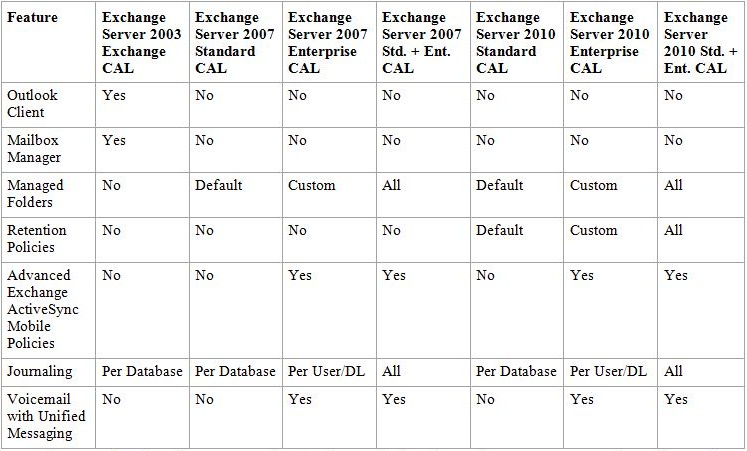 Apart from new functions, there are several major changes for licensing Exchange 2010 compared to earlier versions: