You are here: Home1 / Knowledge Base2 / Google Slides

Based on usage data and your feedback, we’re making some changes to the menus and toolbars in Google Docs and Slides on the web. These are similar to some previous changes we made and will make it easier to find certain items. Among other things, these changes include:

To change a shape in Slides:

The HTML view in Slides is being removed from the menu.
Before: View > HTML
After: Ctrl+Alt+Shift+P
See Help Center for more details: Make your document or presentation accessible.

These changes will only affect the visual menu. All options will still be available via keyboard shortcuts and the search box in the Help menu.

In the past, we’ve heard feedback that customers want more security for the files on their iOS devices, which led us to enable an in-app passcode feature specifically for the Google Drive, Docs, Sheets, and Slides iOS apps. Over time, however, we’ve come to learn that it’s not just the content within Google Drive that’s valuable to you. Your contacts, calendars, and emails—it’s important that all of this is secure as well.

As a result, we began putting particular emphasis on supporting mobile device management (MDM) on iOS. For example, recent launches give G Suite admins greater visibility and control over enterprise-deployed iOS devices. In fact, with MDM, admins can enforce a passcode on all iOS devices that access corporate data, and they can wipe account data on a device if it’s compromised.

Owing to this increased investment in security on iOS devices, we’re ending support for the in-app passcode feature in Google Drive, Docs, Sheets and Slides on iOS devices signed in with G Suite accounts. Support will end on December 4th, 2017, and we’ll remove the feature entirely no earlier than January 8th, 2018.

We highly recommend that administrators use MDM to deploy passcode requirements at the system level on all of their iOS devices by following these instructions. This will provide better security than the in-app passcode feature in two key ways:

Beginning on December 4th, 2017, any user signed in with a G Suite account who has this feature will see a message asking them to either acknowledge and turn off the functionality or to ignore the message temporarily. Beginning on January 8th, 2018, all new versions of the Google Drive, Docs, Sheets, and Slides iOS apps will no longer contain in-app passcode functionality.

In order for users on your network to access Google Drive on the web, the Google Drive sync client, and Google Docs editors, your firewall rules should connect to the following hosts and ports. Otherwise, users may be blocked or denied access these services.

For the following hosts, [N] means any single decimal digit and * means any string not containing a period. 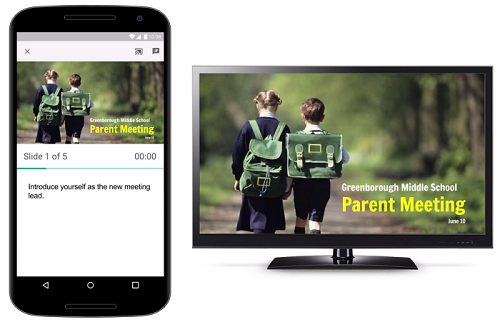 When you’re presenting on the big screen, you can use your smaller screen to advance slides, view speaker notes and stay on track with a timer. This way you can focus more on telling your story and engaging your audience, instead of on logistics.

Animations are an easy way to make your presentations look more dynamic in Google Slides. Starting today, you can improve your Slides

presentations with two new animations: Appear and Disappear. You can also now set the direction (to and from left, right, top, and bottom) of two previously existing

animations: Fly in and Fly out. 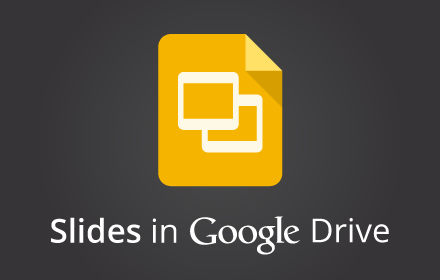 People working with images in Google Slides on the web will now have the ability to adjust their color, transparency, brightness, and contrast.

Slides and Drawings will now let you crop, apply shape masks, and add borders to your images right within your presentation and drawings.