You are here: Home / Knowledge Base / G Suite

A picture is worth a thousand words… especially when you can add it to your document, presentation, or drawing quickly and easily. That’s why we’re making some improvements to the image insertion process in Google Docs, Slides, and Drawings.

Going forward, when you select Insert > Image or click the Image button in Docs, Slides, or Drawings on the web, you’ll see the following options: 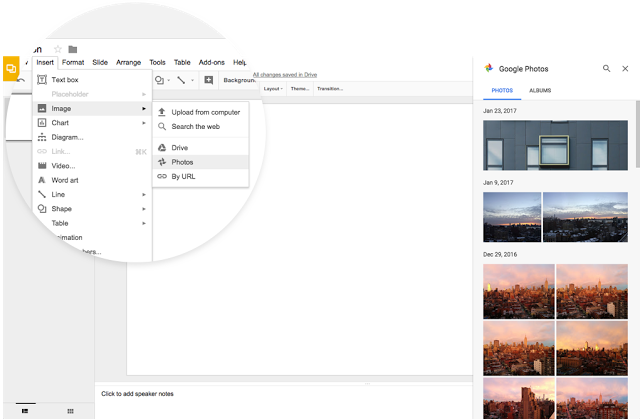 These options should make it easier to enhance your documents, presentations, and drawings with images.

In July, we began inviting users to try Google prompt as their 2-Step Verification (2SV) method, instead of SMS text messages. Google prompt is an easier and more secure method of authenticating an account, and it respects mobile policies enforced on employee devices. 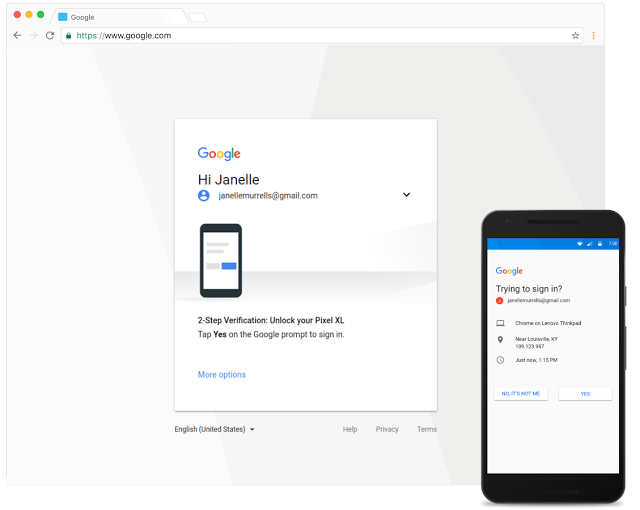 With that in mind, we’re now making Google prompt the first choice when users turn on 2SV (previously, SMS was the primary choice). Once 2SV is enabled, users will still have the option to set up SMS, the Google Authenticator app, backup codes, or Security Keys as their alternative second step. 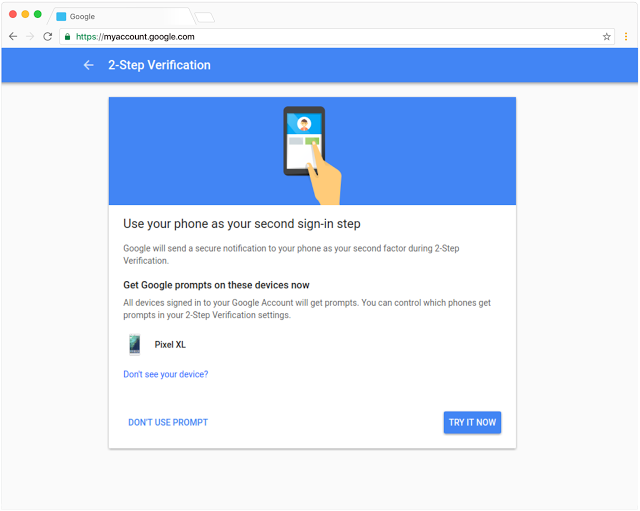 This will only impact users who have not yet set up 2SV. Current 2SV users’ settings will be unaffected. In addition, if a user attempts to set up 2SV but doesn’t have a compatible mobile device, he or she will be prompted to use SMS as their authentication method instead.

Users can set up 2SV from their My Account page.

A few things to note:

Check your schedule. Starting today, a fresh look and new features are coming to Google Calendar on the web to help you manage your time more efficiently and get more done.

We’re taking a lot of what you know and love from Calendar’s mobile application, like the modern color palette and sleek design, and bringing it to the web with a responsive layout that auto-adjusts to your screen size. We’ve also added more features for enterprises to help teams schedule and prepare for meetings. 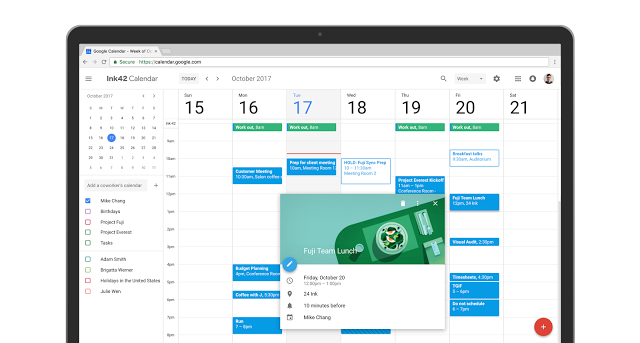 Over the years, you’ve shared valuable feedback on how we can enhance Calendar to better fit your needs and we’re excited to bring new improvements. Now, it’s even easier to manage your schedule at your desk. In the new Calendar for web, you can:

As a G Suite admin, it’s important that you have a clear, reliable understanding of the actions taking place within your domain. Today, we are making changes to reporting in the Admin console to better reflect the Google Drive activity happening in your domain. First, we are shifting the definition of the metrics shown to reflect the change in file activity, such as “Google Documents added,” instead of absolute counts, such as total “Google Documents owned.” This change affects any dashboard or metric in the Admin console that reports on Drive files. 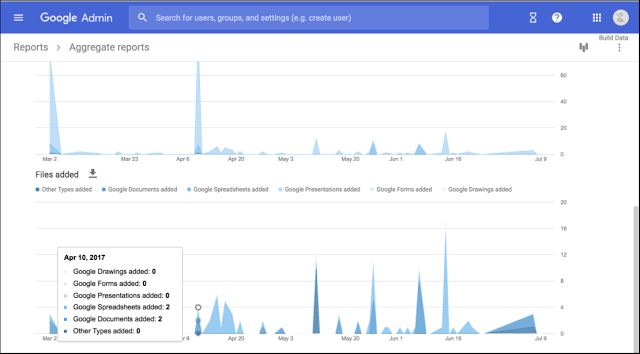 We are also adding sharing visibility metrics to Admin console reporting. File sharing reports will now highlight which files have been shared outside of your domain vs. internally.

Find more information on the changes to individual reports in the Help Center.

In the past, we’ve heard feedback that customers want more security for the files on their iOS devices, which led us to enable an in-app passcode feature specifically for the Google Drive, Docs, Sheets, and Slides iOS apps. Over time, however, we’ve come to learn that it’s not just the content within Google Drive that’s valuable to you. Your contacts, calendars, and emails—it’s important that all of this is secure as well.

As a result, we began putting particular emphasis on supporting mobile device management (MDM) on iOS. For example, recent launches give G Suite admins greater visibility and control over enterprise-deployed iOS devices. In fact, with MDM, admins can enforce a passcode on all iOS devices that access corporate data, and they can wipe account data on a device if it’s compromised.

Owing to this increased investment in security on iOS devices, we’re ending support for the in-app passcode feature in Google Drive, Docs, Sheets and Slides on iOS devices signed in with G Suite accounts. Support will end on December 4th, 2017, and we’ll remove the feature entirely no earlier than January 8th, 2018.

We highly recommend that administrators use MDM to deploy passcode requirements at the system level on all of their iOS devices by following these instructions. This will provide better security than the in-app passcode feature in two key ways:

Beginning on December 4th, 2017, any user signed in with a G Suite account who has this feature will see a message asking them to either acknowledge and turn off the functionality or to ignore the message temporarily. Beginning on January 8th, 2018, all new versions of the Google Drive, Docs, Sheets, and Slides iOS apps will no longer contain in-app passcode functionality.

Today we’re releasing version 2.2 of the Google Contacts app on Android. This release contains several changes to the look and management of your contacts. Read on for more information.

Lastly, you can now customize the “Contacts” list view to show just the labels you want. This is accessed via a new menu item in the main list screen called “Customize view.” This feature was available in previous releases for the “All contacts” list view, but it has now been made available for individual accounts as well.

With Google Drive, you can access and edit your files across the many devices and platforms you work on. The new Files app for iOS 11 brings together files and documents stored on your iOS device and in the cloud across various apps and services. Today, we’re announcing full integration of the Drive application with the Files app on devices running iOS 11.

With the latest version of the Drive app installed, you can easily access and manage documents and photos stored in Drive just by opening up the Files app on your iOS device. If you have Google Docs, Sheets, or Slides apps installed as well, tapping on any Google document, spreadsheet, or presentation in the Files app will open the app of the associated Google editor. You can also take advantage of new iOS 11 features like dragging and dropping files between apps and folders in the Files App.

As we continue to add new features to the overall Jamboard experience, we’ve been working to make the Jamboard app more functional and easier to use on your mobile phone. The latest jamboard release allows you to present your jams to a meeting directly from your phone, so you can share ideas with remote colleagues even if you don’t have a board nearby.

To present a jam to a meeting from your phone, simply tap the overflow menu in the upper right corner when viewing your jams, and select “Present to meeting.” Enter the meeting ID, tap “Join,” and then “Present”:

While presenting, tap the laser pointer icon in the header and use your finger to highlight key areas of your jam:

Swipe left or right to present different jams to the meeting:

We’ve also made jams easier to create and share on the go, enhanced the experience to join a live jam session on a nearby board, and improved the overall mobile UI.

For a full list of new features and improvements from this month’s release, check out the What’s New in Jamboard page in the Help Center.

Using Gmail’s Email Log Search feature in the Admin console, G Suite admins can track the delivery of messages sent and received by users within their domain. Until now, admins had to reach out to end users directly or search their mailboxes to see the status of a message after it had been delivered. With this launch, that’s no longer necessary, as a message’s post-delivery status will be listed in Email Log Search results.

Going forward, to see the current location of an email, whether it’s been read or deleted, as well as any assigned labels, admins can simply expand the “Post-delivery message details” under “Recipient details” in an Email Log Search result. With this info, admins will be well-equipped to help users find missing messages.