Introduction to the types of SSL certificates that are provided by us:

2) Comodo SSL
-Provides HTTPS secured link for a naked domain and it’s subdomain with “www.” (Example: abc.com and www.abc.com)
– A Comodo SSL Certificate is the quickest and most cost effective way for an online business to protect customer transactions.
-$250,000 warranty provided by comodo.

3) Positive SSL Wildcard
-Provides HTTPS secured link for a naked domain and all of its subdomain. (Example: abc.com, www.abc.com, host.abc.com, domains.abc.com etc.)
-A Wildcard SSL Certificate saves you money and time by securing your domain and unlimited sub-domains on a single certificate. Wildcard certificates work the same way as a regular SSL Certificate, allowing you to secure the connection between your website and your customer’s Internet browser – with one major advantage. A single Wildcard SSL Certificate covers any and all of the sub-domains of your main domain.
-$10,000 warranty provided by comodo.

4) EV SSL
– Provides HTTPS secured link for a naked domain and it’s subdomain with “www.” (Example: abc.com and www.abc.com)
– An EV SSL certificate offers the highest available levels of trust and authentication to your website.
– The green address bar prominently displays your company name and provides highly visual assurance to customers that your site is secure – immediately giving them the confidence to complete their transaction.
– $1,750,000 warranty provided by comodo.

The Transfer Auth Code/EPP Code can be obtained from the current domain service provider.

Before initiating a domain transfer, please ensure that the following checks are done :

1. The domain is not within first 60 days of registration or transfer
2. It does not have a transfer lock applied (also known as Theft Protection)
3. Privacy protection is disabled.
4. Domain name is not in the Redemption Grace Period or in the Pending Delete status

Once the transfer process has been initiated, the Registrant contact of the domain and the Losing Registrar will have to approve it.

The transfer process will be completed within 5-7 days.

Notifications are only useful if you have time to read them—and if you’re being notified hundreds of times a day, chances are, you don’t. That’s why we’re introducing a feature that alerts you only when important emails land in your Gmail inbox, so you know when your attention is really required. 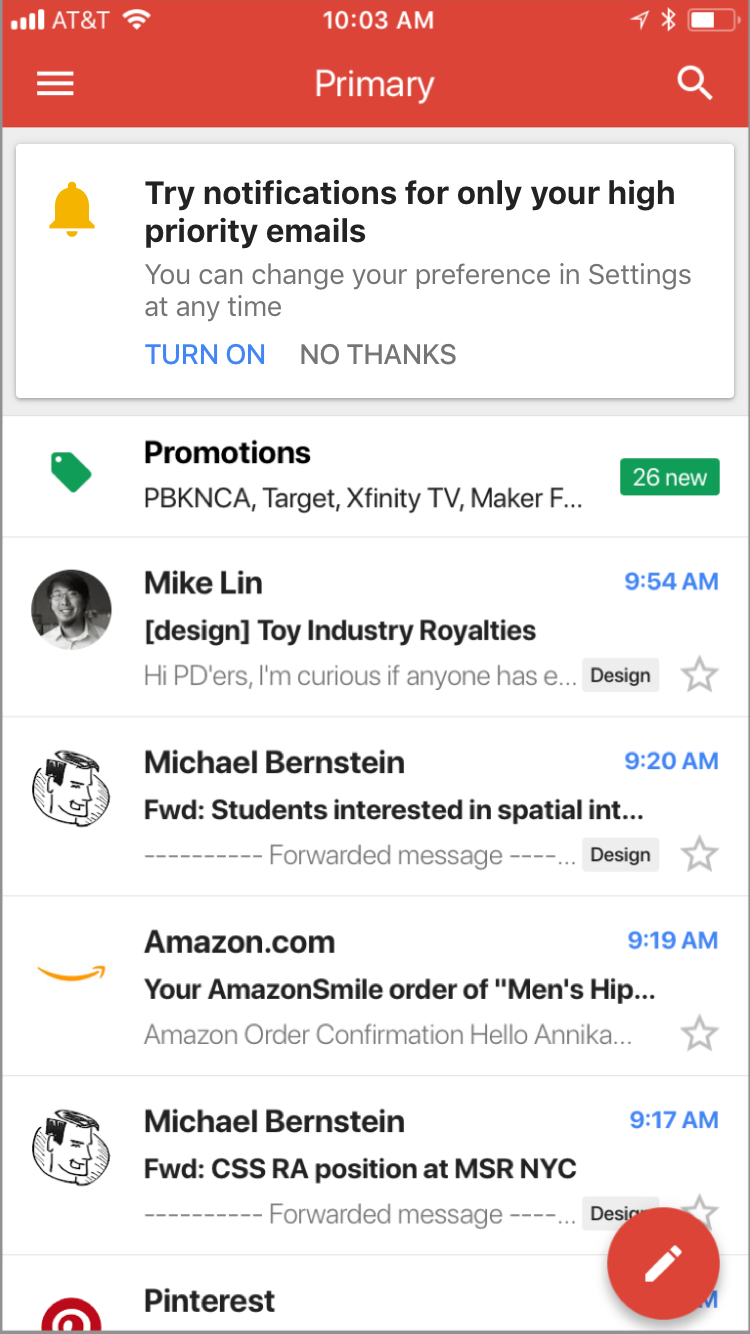 These notifications leverage Gmail’s machine learning and artificial intelligence capabilities to identify messages you may want to read first. To enable the feature, select “High priority only” from the Notifications drop-down in the settings menu of your Gmail iOS app.

It has been just reported that a dangerous malware called VPNFilter is targeting increasing number of makes and models of devices, with its additional capabilities like secretly injecting malicious content over web traffic through an infected router. This capability, called SSLER lets VPNFilter stage a kind of man in the middle attack, with an aim to spy on victims to steal sensitive data. Using this capability, SSLer allows the actor in delivering exploits to endpoints.

It has been found out that this malware is continuously targeting more makes and models of devices. With its additional and increased capabilities, exploits can now be delivered to end points and reboots can be overridden.

WHAT IS VPNFILTER Malware?

VPN Filter is a sophisticated malware which uses known vulnerabilities to infect routers made by Linksys, MikroTik, Netgear, QNAP and TP-Link. Once installed, the malware uses a central infrastructure to install specialized plug-ins on the router. One plug-in allows hackers to listen to their victims’ Internet traffic to steal their Web identifiers; another one targets a protocol used in industrial control networks, such as in the power grid. A third plug-in allows attackers to paralyze any or all infected hardware. Together, all of the infected units in dozens of countries make up a 500,000-router strong botnet.