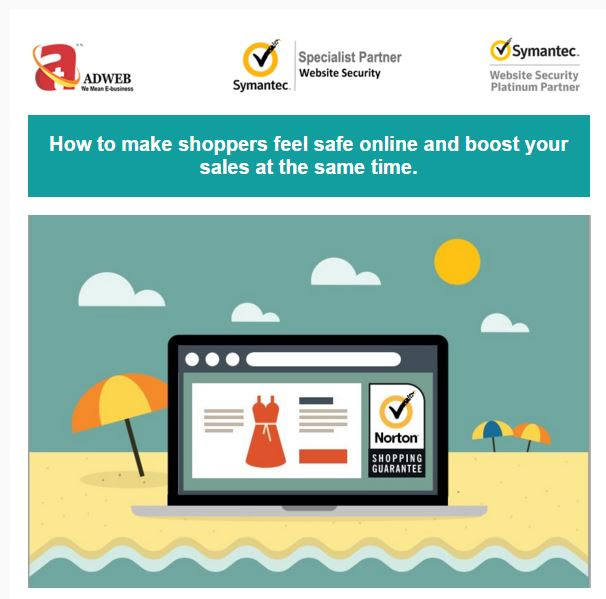 No wonder consumers still get a shiver of anxiety when they shop
online.In fact, people abandon more than two-thirds of online
purchases due to lack of trust.

This white paper explains the reason behind consumer anxiety and
best practices on how you earn their trust.

When an employee with Password Alert installed enters their Google password into any site other than an authentic Google sign-in page (accounts.google.com), that employee will receive an email notifying them to change their password.

In addition, Google Apps admins can choose to deploy an App Engine App that allows for, among other things, auditing and notifications to admins when employees enter their passwords into non-Google websites, and the ability to force those employees to change their passwords after doing so.

What is Endpoint Encryption?

When it comes to encrypting data, there are various encryption strategies.

Disk encryption protects a hard drive in the event of theft or accidental loss by encrypting the entire disk including swap files, system files,

and hibernation files. If an encrypted disk is lost, stolen, or placed into another computer, the encrypted state of the drive remains

unchanged, ensuring only an authorized user can access its contents.

cards). In this way, organizations can benefit from the productivity gains associated from collaboration using removable storage without

During the startup process of an operating system, a boot sequence is executed. The boot system is the initial set of operations that the

computer performs when it is switched on. A boot loader (or a bootstrap loader) is a short computer program that loads the main operating

system for the computer. The boot loader first looks at a boot record or partition table, which is the logical area “zero” (or starting point) of

environment for the user to authenticate to the computer.

This modified pre-boot screen prompts the user for authentication credentials in the form of a passphrase (typically a longer password, often

resembling a sentence). At this point, the computer may ask for additional credentials such as a smart card, token, or other two-factor

After the user enters valid authentication credentials, the operating system continues to load as normal and the user can access the

Most disk encryption software operates in conjunction with the file system architecture. It filters I/O operations for one or more file systems

When a drive is encrypted for the first time, it converts unencrypted drive blocks into encrypted blocks one at a time. Disk encryption allows

When a user accesses a file, disk encryption decrypts the data in memory before it is presented for viewing. If the user makes any changes to

the file, the data is encrypted in memory and written back to the relevant disk drive block just as it would be without encryption. Decrypted

data is never available on the disk. The encryption/decryption process happens at such a speed that it appears completely transparent to the

When a user copies files of a system onto a removable storage device, each file is encrypted to a password, a shared key or a certificate. At

the same time, utilities for Windows or Mac systems can be copied (if permitted by policy) allowing authorized access to data without the

endpoint client installed on a machine.

This file encryption can be governed by policy, user action, or Symantec DLP. In the case of Symantec DLP, the Endpoint Prevent software

monitors users’ machines and understands when a person is moving a sensitive file off his computer. With the integration of Symantec DLP

and Symantec Endpoint Encryption, administrators can ensure files with sensitive information that are moving to removable media are

encrypted rather than blocked, allowing business processes to continue in a secure manner.

To access the information, when the user inserts a removable media device like a USB drive with encrypted files into a computer system, the

removable media encryption software will prompt for passphrase, and upon successful authentication, the user can access the file.

When an employee with Password Alert installed enters their Google password into any site other than an authentic Google sign-in page (accounts.google.com), that employee will receive an email notifying them to change their password.

In addition, Google Apps admins can choose to deploy an App Engine App that allows for, among other things, auditing and notifications to admins when employees enter their passwords into non-Google websites, and the ability to force those employees to change their passwords after doing so.

Animations are an easy way to make your presentations look more dynamic in Google Slides.  Starting today, you can improve your Slides presentations with two new animations: Appear and Disappear. You can also now set the direction (to and from left, right, top, and bottom) of two previously existing animations: Fly in and Fly out.

Google Classroom allows teachers to spend less time on paperwork and more time with their students. Starting today, multiple teachers can work and collaborate in a single Classroom class. With the exception of deleting the class altogether, additional teachers can perform all of the same functions as the primary teacher, including:

Teachers can also prep for their classes in advance, saving announcements and assignments as “drafts” and waiting to send them until they’re ready. Like in Gmail, once a new announcement or assignment is created, it will be automatically saved as a draft. Those drafts can then be accessed by multiple teachers, making it simple to collaborate on prep work.

Finally, in response to teacher feedback, we’ve made two additional changes that will make Classroom easier to use:

A new version of the Google Drive iOS app is now available in the App Store. New features include: 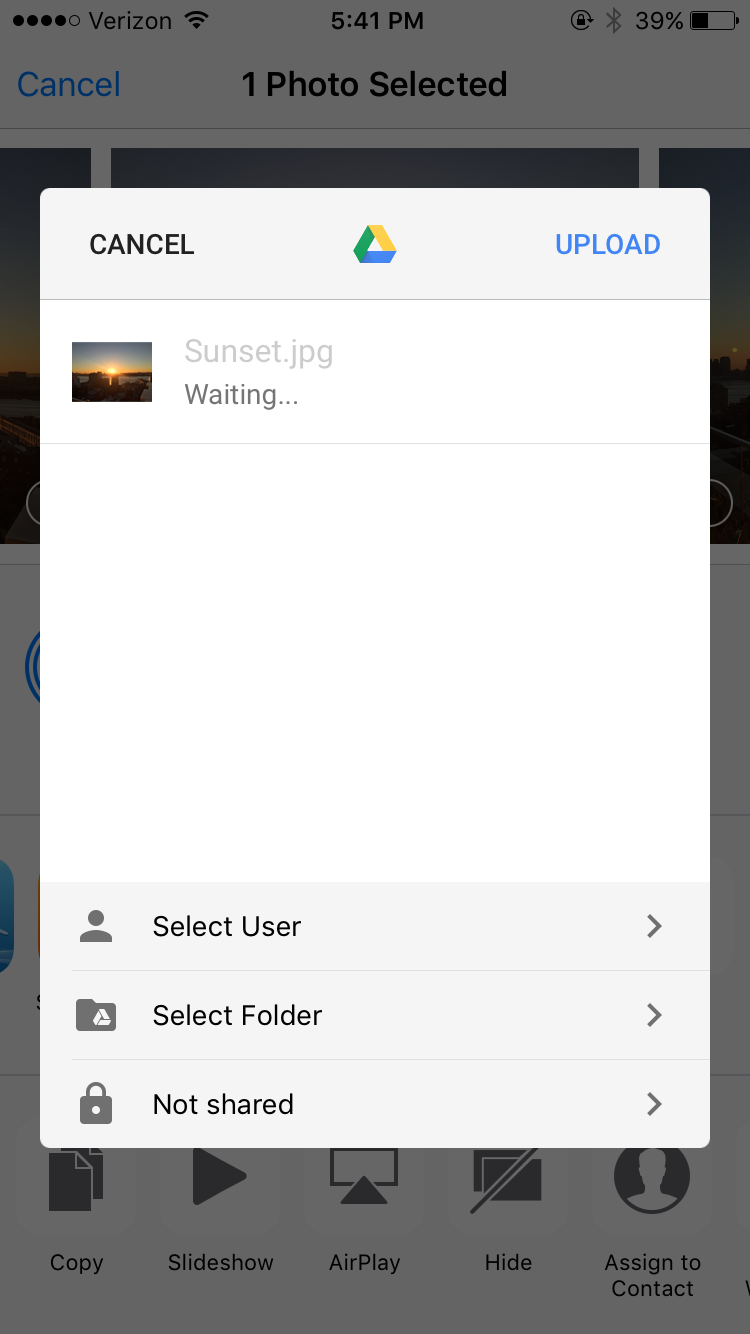 Last year, we saw 317 million new malware variants, while targeted attacks and zero-day threats were at an all-time high. The threat environment is evolving quickly and given the size and complexity of today’s networks, organizations are struggling to keep up.

The latest version of Symantec™ Endpoint Protection 12.1.6 is designed to address these challenges with a layered approach to security at the endpoint. It goes beyond traditional antivirus to include firewall, Intrusion Prevention System (IPS) and advanced protection technologies powered by the world’s largest civilian threat intelligence network. Symantec Insight™ technology blocks rapidly-mutating malware and enables faster scan times, while SONAR™ stops zero-day threats by monitoring file behavior and blocking suspicious files while they execute. Granular policy settings such as application control and external media control provide an added layer of security. With a single management console and high-powered agent, Symantec Endpoint Protection delivers powerful protection at the endpoint without compromising performance. 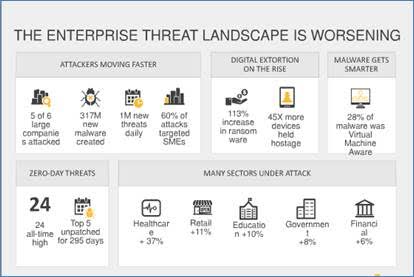 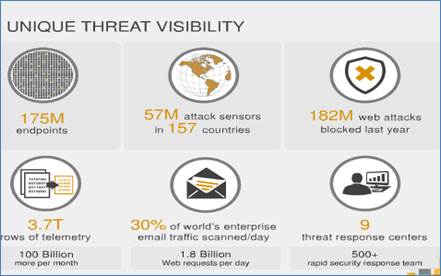 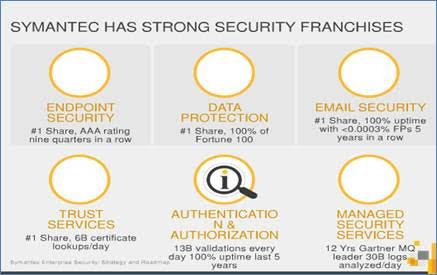 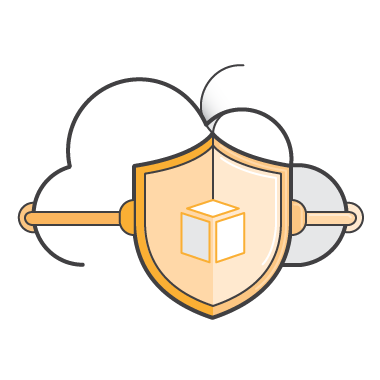 Moving to the cloud can simplify and improve your security posture by shifting a large portion of security management burden to an infrastructure environment that’s designed and managed to the specifications of some of the world’s most security sensitive organizations. AWS also provides you the tools to automate many common security tasks. This paper outlines the factors to consider, and the controls you have with AWS, that can make your cloud deployment more secure than your on-premises deployment.

https://www.comprompt.co.in/wp-content/uploads/2021/07/comprompt-solution-logo-2.png 0 0 Web Technology Comprompt https://www.comprompt.co.in/wp-content/uploads/2021/07/comprompt-solution-logo-2.png Web Technology Comprompt2015-08-20 09:21:232017-01-20 11:07:12You can be more secure in the cloud than in your own data center
Scroll to top
This website uses cookies to improve your experience. We'll assume you're ok with this, but you can opt-out if you wish. Cookie settingsACCEPT
Privacy & Cookies Policy